Angelina Jolie is right–Get your ovaries checked ladies! In Ireland ovarian cancer is ignored, yet it is the silent cancer, that’s been killing me softly.

In Ireland ovarian cancer is ignored, yet it is the silent cancer, that’s been killing me softly. 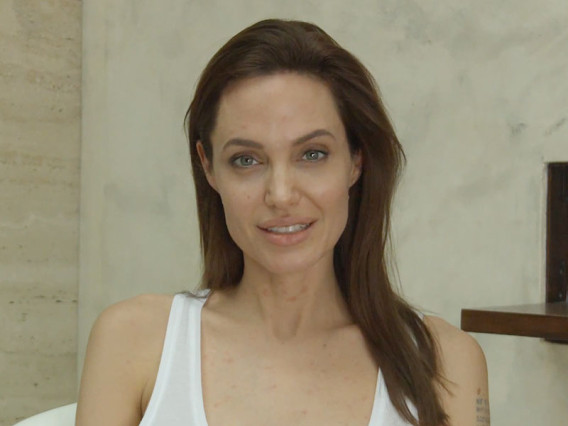 Any diagnosis is a relief if it comes after multiple visits to the doctor, in which you are increasingly dismissed as the unimportant crazy woman, with symptoms no pill can fix. I was told that my bloated abdomen was due to advancing years and stress, in spite of blood tests showing elevated ESR levels and my continuous insistence that I had an ovarian problem. I was in constant pain and felt so sick to the point I told my closest friends I felt I was dying and if I wasn’t dying, it certainly was no way to live. Sounding outrageous, even to my own ears, I found myself saying in frustration, (as far back as January) to a nurse, a doctor and friends “I think I have cancer.”

There were lots of symptoms accompanied by dismissals from medics. But then, my story is only one of thousands of women in Ireland, where ovarian cancer is not highlighted to the same extent as breast cancer and cervical cancer. There is no screening for ovarian cancer, yet there is an accessible Ca125 test known as an ovarian marker. I’d never heard of it nor was it ever suggested to me despite three rounds of abnormal blood tests over a twelve week period. I’ve spoken with other women and their stories are similar; stories of not being heard. The problem has now reached such proportions that RTE (Irish national television) are currently investigating the subject for a Prime Time special.

I know from the state of my health that I’ve possibly had cancer since November 2013. I’m intuitive about my body and feel this started slowly (it’s known as silent or stealth cancer) and only gained momentum a year later. I do not blame the doctors involved. Human error exists and my symptoms were accompanied by other conditions. I will explain that in another blog.

It started niggling me last July, beginning with a hammering on my left ovary; like there was a little man inside me, hitting my ovary with a hammer, as regular and rhythmically as my heart beat. It was bothersome rather than painful and I was acutely aware of it, since it started while I was at an ashram. Each day began at 6.30 with an hour long yoga class, followed by a further hour of meditation; the first of four meditation periods throughout the day. Along with singing bajans, reading sacred scripture and listening to our Guru, these sessions included lots of mindfulness and tuning into the body.

As my mind became more tranquil, I expected my body to follow suit, with muscles unknotting as my increasingly flexible limbs would curl into pretzel-like shapes. And sure enough these wonderful things did happen, yet I started manifesting a variety of symptoms, like abdominal bloating and frequency of urination, along with the persistent pulsing sensation in my left ovary. Each night as I lay down, I inquisitively massaged the area around the ovary and into my left hip, hoping for a sign of reassurance. Instead my body whispered to me with an abiding urgency “When you go home, get your ovaries and your bones checked.”

I knew I had neglected going for regular dexa scans, and in a strange way the ovaries were tied into this, along with a decision I had made ten years earlier, when a gynaecologist suggested he could remove my ovaries as part of a hysterectomy. No, I told him, I would like to hold on to them due to the link between ovaries, oestrogen and bone density. In the past few months, I’ve come to understand how every decision we make, is a sliding doors moment; I could have gone another route and agreed to their removal, but I went through the door that led to the present moment. That decision in itself was not wrong as my ovaries served me well and regrets are pointless.

Two weeks ago I visited the oncologist in charge of chemotherapy and he told me I had responded remarkably well to treatment. I felt much gratitude for his excellent judgement in what he had prescribed. Last Tuesday my appointment was with the Oncology surgeon who will operate on me, this coming Thursday 30th July. He is an excellent surgeon and I am blessed to be in his care. His approach, however, is different to the other oncologist in that he is blunt when it comes to discussing my case and I have to say he scared the living daylights out of me.

I feel well; better than I‘ve felt for at least eighteen months and I am strong, thanks to tremendous support from family and friends, who luckily managed to avoid burning down churches with the amount of candles they lit. Holy men and women from various spiritual traditions are praying not only for me, but also for the medical team who will work hard to remove the tumour and whatever else needs to go with it. I am ready to release the organs that served me so well, along with my ego and past self. I will sacrifice anything to have more time with my three precious children.

I have lots more to tell, if, please God, energy and time allows. My journey is something I wish to share with you, in the hope I can raise awareness of ovarian cancer and help others get an earlier diagnosis. I’ve been angry and shed buckets of tears, but also enjoyed lots of laughter and love along this peculiar journey. In many ways it has been a sacred journey, filled with grace and blessings. I have known peace and tranquility, as sorrow allowed me experience more inner joy than I had known for years.

“If I had to choose between extreme sorrow and extreme happiness, I would always choose sorrow, for when you are happy you forget about spiritual things, you forget about God. But in your sorrow, He is always with you.” Queen Katherine of Aragon

All prayers and good wishes are appreciated.

P.S. This became my song, before and after I received a diagnosis during Easter week. Love it, as it expresses how I felt having come from a robust family with a long life expectancy and no family history of cancer. For me this illness has been a great unifier, where I felt highly conscious and compassionately connected to the suffering of every other human being  –

10 responses to “Angelina Jolie is right–Get your ovaries checked ladies! In Ireland ovarian cancer is ignored, yet it is the silent cancer, that’s been killing me softly.”