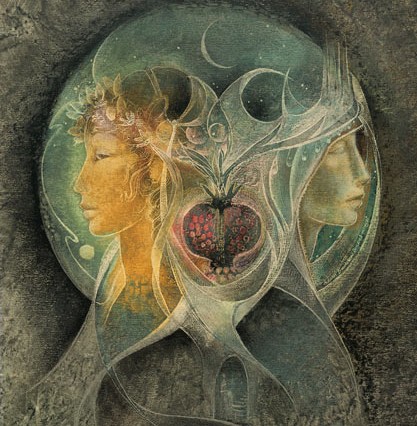 Posted by Mary on Wednesday 11 April 2012 in the Mythology Category.

Having fun with mythology and archetypes:-

For some of you who are unfamiliar with the different Goddesses, I hope you enjoy this introduction. There are many variations on the Greek myths and the fate of each Goddess, but essentially the individual Goddess archetype remains the same.

Take my Goddess quiz and discover which Archetype you are right now.

Carl Jung was committed to self awareness, believing the key lay in understanding the subconscious. Jung transformed psychotherapy from a practice concerned with treating the sick into a means for higher development of the personality. Many consider him the founding father of ‘Personal development.’

Jung was especially knowledgeable in the symbolism of complex mystical traditions such as Gnosticism, Alchemy, Kaballa, and similar traditions in Hinduism and Buddhism. If anyone could make sense of the unconscious and its habit of revealing itself only in symbolic form, it would be Carl Jung. For this reason he valued characters or archetypes as he preferred to call them. For him they represented universal patterns (of behaviour) which come from the collective unconscious and are the basic content of religions, mythologies, legends, and fairytales.

According to Jean Shinoda Bolen(Jungian psychiatrist and author of ‘Goddesses in every woman’), the ancient Greeks had a deity to mirror every mood, thought, act, and experience of the human being.  There is a wisdom in the myths which is still relevant today.

A woman may have many roles throughout life from daughter to sister to mother to career person.

At various times she may identify more strongly with one role. In understanding archetypes, it can help us make sense of difficult dynamics as we move from one role to another. Rapid shifts tend to happen during periods of transition in our lives, e.g. when we fall in love, get married, have a baby, get divorced or retire. Here is an opportunity for you to learn how stories and myths can help ease these transitions as you identify with the protagonist through her story.

In all the ancient mythologies which honour the Goddess we find very definite archetypes, e.g. maiden, mother and crone. In some cases these three aspects combine to form what is known as the triple Goddess;- meaning a divine trinity. The triple Goddess also represents the three stages of a woman’s life, yet individual traits may not be confined to chronological age when considering archetypes. Persephone is a maiden Goddess yet some women may identify with her until old age.

Many of the Goddesses within Greek mythology overlap in description and role. I have chosen seven here as an introduction to Jung’s identification with archetypes.

Take this quiz to find out which Goddess you are. Your archetype may change at different times throughout your life, depending on what you are going through. 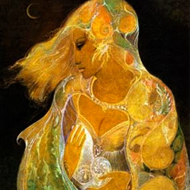 Angelina Jolie may have been strongly associated with Aphrodite yet she has matured through various different Goddess archetypes in recent years. Judie Garland whereas, retained the childlike demeanour of Persephone throughout her lifetime.

Please select only one answer to each question.

NB: This quiz is currently not available.