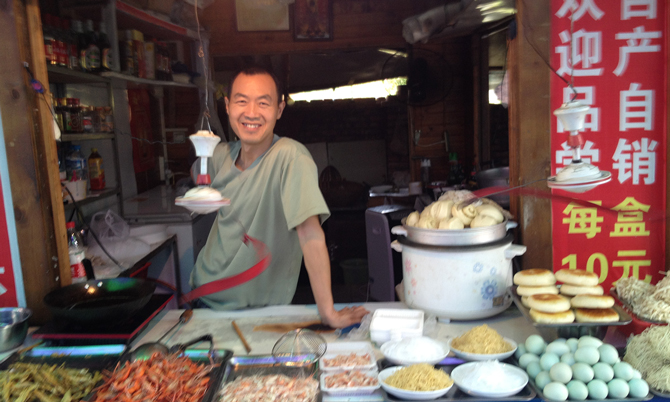 Posted by Mary on Friday 14 September 2012 in the Blog Category.

For someone who loves to travel, I have a strange dilemma; namely I hate being a TOURIST: – defined by me as a MODERN CONSUMER who examines everything as though it’s a museum exhibit or a creature in a zoo. Really and truly is it any wonder that certain nations have a reputation for despising tourists, even when, like Italy their economy depends heavily upon that very industry?

Don’t get me wrong… I’m a nature junkie and I love to be awe struck by mountains like those which inspired the movie Avatar followed by a boat ride on a lake inside the enormous dragon cave in Zhangjiajie National park. And yes there were lots more on a recent trip to China, including a temple devoted to Quan Yin, the Great Wall and a Yangtze cruise. But ultimately if I’m told I have to visit X amount of museums and spend so many hours per day gorging on culture, like many a beleaguered traveller before me, I’ll fall prey to Stendhal Syndrome (named after the 19th-century French novelist). It literally means to over dose on art or culture to the point it becomes self defeating. 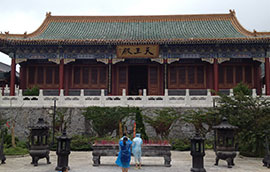 When I travel to a foreign country, I want to feel the pulse of the land in the quietude of an evening sunset. I want to feel the heart beat of the inhabitants; learn their sorrows as well as their joys. I want their wounds to touch me and melt me so that I can understand my oneness with a people who on the surface appear vastly different to me.

My abiding memories of China include the times I could break away from the expected conformity of a tour group and mix with the locals. I enjoyed being adopted by an adorable fifteen year old girl on my way up the great wall. Shy yet full of joie de vivre, Shaolin ran to buy me a bottle of water at one of the stops and her enthusiasm kept me buoyed despite the searing temperatures. We took pictures of each other and vowed to stay friends for life. 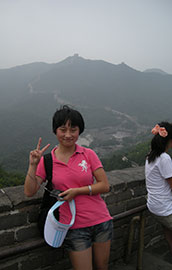 On a four hour train journey, I left a very noisy carriage, full of middle class tourists in search of somewhere more peaceful to hopefully meditate a while. After passing through two carriages, I stopped to ask a man if I could occupy the seat next to him. Nodding, he removed a plastic bag and I sat down in its place. It was only then, as I looked around, it dawned on me that I was the only woman in the entire carriage.

As I scanned the weary faces of the three men sitting opposite, my eye was drawn to a medal of Quan Yin dangling around the neck of the youngest man by the window. This was meaningful for me because I have a special relationship with the Buddhist Goddess.  Before I ever knew who Quan Yin was, she appeared to me during meditation and in dream like altered states of consciousness. (I will write more about this on some other occasion.)

Due to the synchronicity with the young man’s medal, I closed my eyes and decided to devote my meditative practice to the men in the carriage. I chose to do a Metta or loving kindness meditation. Any of you who are familiar with this will immediately understand how similar this is to a very powerful prayer and you will also know how it can literally change the energy in a room. And so it was for me that as I entered that state of consciousness, I gained intuitive insights about the beauty of these extraordinary people sitting around me. 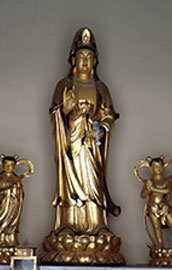 I instinctively knew these men had toiled long hours in inhumane work conditions for very little pay and were now making a long train journey home only to restart the odyssey soon again. I knew I was sitting among men who as we Irish would say were “the salt of the earth”, men who knew hardship and accepted it, labouring for love of wife and child. I felt deeply honoured to sit among them.

In the early days of the trip I started thinking about how I had entertained pre –conceived ideas that most Chinese people looked alike. How naïve was I to think that? After all we’re talking about 1.6 billion people and I have to tell you I was often in awe of how beautiful I found these smiling people, both inside and out.

Close to the end of my visit, I walked the streets of Zhangiajie city coughing and spluttering from the Co2 emissions hovering like a dense fog, when all of a sudden a beggar girl cried out to me. Looking down I saw the exquisite face of an eighteen year old girl peering up at me from a skate board. As I handed her an offering, I couldn’t help but wonder what ailment afflicted her. Was her tiny body with distorted limbs due to something as simple as malnutrition or lack of human growth hormone? One thing I do know however, is that I was touched by grace when she smiled a magnanimous smile that told me her heart was whole and filled with gratitude for life.

I was privileged to have several such encounters, including help from a special young woman, as I tried to cross a kami – kazi street. That near death experience was lessened by a good belly laugh as she linked her arm in mine. Then of course there were the street traders who proudly stood behind food stalls stacked high with everything from cooked chickens and sausages to fruit. Mostly they are jovial characters operating an honest business and they are fun to chat and bargain with, though few will allow their photo taken.

Ultimately I was still a tourist passing through, but my longing to learn about people urges me to look beyond the tourist attractions. What are your experiences of contact with different cultures? I’d love to hear from you. 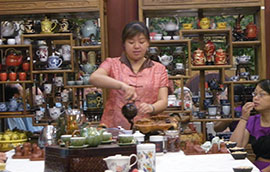